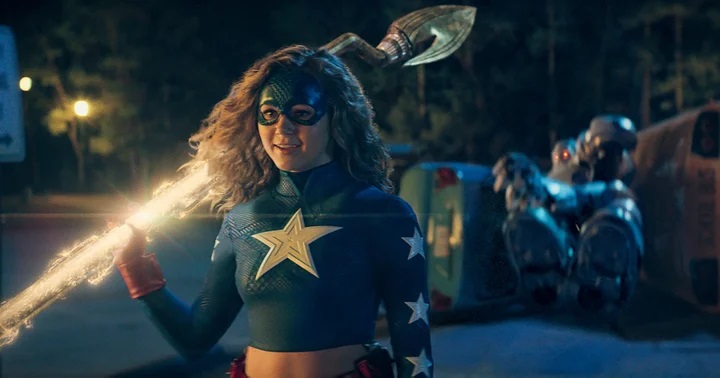 During the novel coronavirus pandemic, many people have found more time to watch TV shows, since most movie theaters and other public venues are closed. If you’re tired of the shows available on Netflix, Amazon, and similar streaming services, consider trying a hit from DC Universe’s streaming service: Stargirl. This show includes many of your favorite elements of superhero shows but features a young female protagonist.

Stargirl, which was executive produced by Geoff Johns, takes place in DC Comics’ extended universe. As a result, if you’re unfamiliar with the characters of this franchise, you might be confused by parts of the story. For example, Stargirl’s stepfather was Starman’s sidekick. While knowledge of Starman’s history isn’t necessary to enjoy the show, understanding his backstory increases your appreciation of Stargirl’s character arc. Still, before you watch the first episode, familiarize yourself with the staff that Starman wields in other shows and comics. You could also check out the other content that Stargirl has appeared in since her creation in 1999. Once you’re invested in her character, consider going back and learning about the universe she inhabits.

So far, Stargirl has one 13-episode season which debuted in May 2020, but there will be a second one. Before this new season hits DC’s streaming service, check out the first one. It follows Stargirl, whose alter-ego is Courtney Whitmore, as she tries to cope with a sudden move, a new stepfather, and the difficulties of her sophomore year of high school. Even though Courtney has superpowers, her real-life struggles endear her to viewers and make her situation more relatable. She is joined by other heroes as they fight the Injustice Society, but Stargirl is their leader. This marks a refreshing departure from the tendency of superhero movies to make women the sidekicks.

Once you’ve finished the first season of Stargirl, you’ll be grateful that the second season is already being worked on. The plot of this show is still unknown, but it will probably feature Stargirl’s continued efforts to lead the Justice Society of America. Additionally, her role as a female lead suggests that DC Comics wants to expand its representation of women and girls in future content.

Rather than rewatching your favorite superhero movies again and again, turn to DC Comics’ Stargirl for the refreshing and relatable story of a girl struggling with being a teenager as well as saving the world.

What is Painting with a Twist?

What does an Events Company in Singapore do?

What is Painting with a Twist?